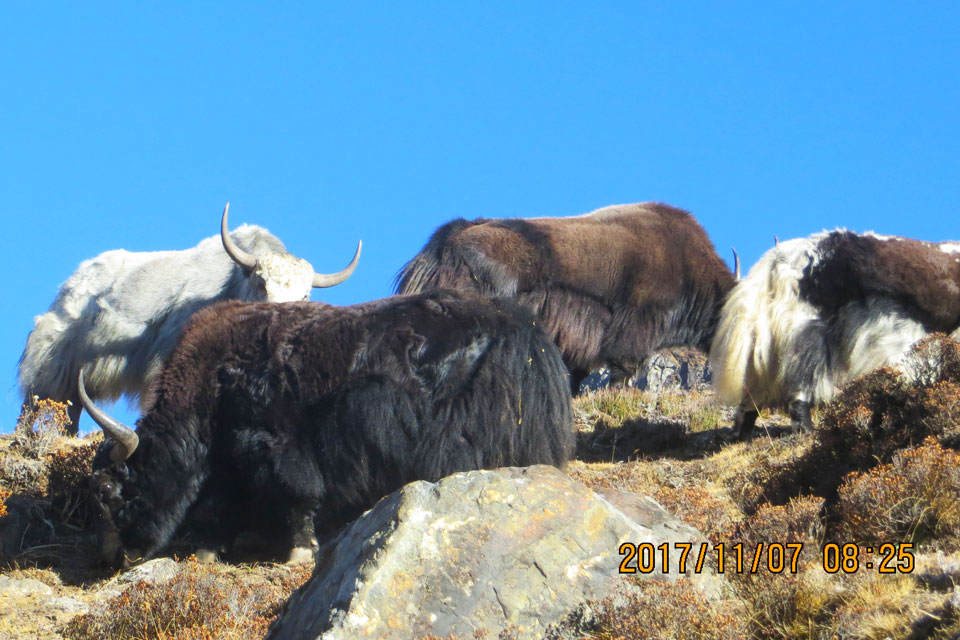 The Langtang Park is nearest mountain park close to the capital Kathmandu where overland drive of 5-6 hours reaches to the entrance of Langtang National Park at Dhunche, the headquarter and administrative town of Rasuwa district within Langtang Himal region.

Langtang is the first ever park to be established within mountainous areas of Nepal Himalaya in 1976 with an area covering 1,710 kms. The park enriched with flora and fauna with exotic birds and other wild-life and as well where rare, elusive endangered Red Panda habitats within the dense forest of Langtang National Park.

Langtang National Park where more than hundreds of trekkers and foreign visitors visits each seasons of the year, as the area around Langtang Himal one of the best trekking and adventurous destination, listed as Nepal’s third most popular adventure area after Annapurna and Everest.

Impressions of Langtang National Park and its beautiful areas:

Langtang being the closest mountain destination from Kathmandu of 35 k.m crows fly distance, where people can take a walk from few days to a weekor two weeks or more of moderate grade treks to adventurous and challenging walks.

Where all treks around Langtang National Park rewards you with magnificent views of mountains and dramatic landscapes, the park that extends its border near to Ganesh Himal and as far towards east and north to Nuwakot, Rasuwa, and Sindhupalchok districts as well touches beautiful areas of Helambu also.

Since it was established in 1976 at present extends to another 420 km which makes a buffer zone towards north it touches the border of Tibet at Kyirong frontier, where massive Langtang Himal forms as barrier between the two countries.

Langtang National Park also connects with Qomolangma National Nature Preserve in Tibet, where high altitude extends towards holy glacial pond of Gosainkunda which is at 4,300 m and 14,100 ft, continues its areas towards JugalHimal at DorjeLakpa range at the height of 6,988 m and 22,927 ft, that bisects the park from East-West to South and East.

Langtang National Park a great country for all kinds of walking and trekking journey the most popular and scenic spot is Kyanjin situated around beautiful Langtang valley enclosed with array of peaks.

The other best trekking routes is taking the route to high Gosainkund and East Laurabinaya-la pass at above 4,609 m and 15,100 ft a climb and traverse that reaches you to other side of the park near at Helambu and on route to east of Kathmandu valley rim at Sundarijal.

Overall view and impression is that visiting and exploring Langtang National Park will justify you with delightful and exciting moments, not only for its mind-blowing scenery of mountains but with its cultural villages of Tamang people, welcomes you warm friendly smiles in old traditional custom interwoven with Tibetan Buddhism religions and simple and happy farm life.

Langtang National Park with its mountains also the glacial source that feeds Trisuli-BhoteKosi Rivers which makes an important habitation for birds to migrate inn spring and autumn time between India and Tibet, certainly a great place to be in this amazing wilderness around LangtangHimal in protection of Langtang National Park with various species of plants and trees including wild animals and exotic bird life.

Being the closest mountain range from the capital Kathmandu with various opportunity to visit and trek around Langtang National Park, from moderate-adventurous to challenging walks and climbs, listed some of the best trekking destinations around LangtangHimal within National Park boundary.

Starts with a drive from Kathmandu to reach at Syabrubesi village within Rasuwa district and LangtangHimal area where walk leads you past Langtang village to Kyanjin around Langtang valley enclosed within mountains of LangtangHimal as far to peaks of Tibet, a moderate walks of 7-8 days treks with touch of high altitude above 3,000 m to 3,700 m or more with side hikes.

Begins as same route to Kyanjin and then taking an alternative route from Lama Hotel onwards to ThuloSyabru village unto Sing Gompa / Chandanbari and then heading higher to reach at Gosainkund holy pond, a famous pilgrimage spot for both Hindu and Buddhist religion, from here wither return the same way back to Sing Gompa towards Dhunche town for drive to Kathmandu.

People with more time can continue walks taking a higher route crossing Gosainkund-la/Lauribina -La pass above 4,609 m high to reach near Helambu region and then following a nice scenic trail to reach on the eastern rim of Kathmandu valley at Sundarijal with short drive to Kathmandu.

A cultural and scenic trek starting from Syabrubesi on the less frequented trails by other trekkers to reach remote and impressive villages of Tamang people with strong bond and culture of Tibet as well similar traditions interwoven with Buddhism religion, a marvelous walks into woodland and cultural villages with age-old heritage facing incredible views of Central and Western Himalaya range of peaks, a moderate treks of 5-6 days or more.

Starting the trek from Syabrubesi to reach Kyanjin around Langtang Valleyand then heading towards remote isolated wilderness to cross high Ganja-la pass above 5,100 m pass where it reaches you at beautiful Helambu villages and then drive back to Kathmandu, this will be a great adventurous treks in remote corners of LangtangHimal and beyond Langtang National Park.

One of the most adventurous walks involves high passes to cross from Langtang valley to reach around Sindhuphalchok district around PanchPokhari (Five holy ponds) where walk leads you into hidden corners of eastern Langtang valley near Langshisa peaks and Dorji Lakpa, a challenging and demanding adventure especially in snow conditions.

One of the most adventurous and popular hike involves high passes to cross from Langtang valley to Helambu area over the famous lakes Gosainkunda and Lauribina La Pass, where the trek  leads you into the hidden corners of southern Langtang valley near Tamang villages and sing gompa a challenging and demanding adventure especially in snow conditions to reach Kathmandu on foot.

The best Seasons to go Langtang:

Langtang National Park areas, can be visited all year except the monsoon months of June to mid-September the wet times, spring from mid Feb to May will be the best when flowers are in seasons with mild climate with enough sunlight hours during the day time, another seasons from mid-September to November months when days are fairly clear during day time for views, however can be much colder during morning and night times with chances of snow sometimes.

Where to stay in Langtang?

Langtang National Park most of the popular trekking routes can accommodate trekkers where one can find nice cozy lodges with some rooms facing views of mountains, serving seasonal food menus with large warm dining rooms, beyond main trekking route like Ganja-la and Tilman Col, where trekkers requires camping gears and food to carry for some days.

For Tamang Heritage Trail, sleeping in local community houses and huts and having local meals served by the villagers which is also known as Home-Stay, getting popular around Nepal Himalaya which gives you in-depth of local culture and custom.