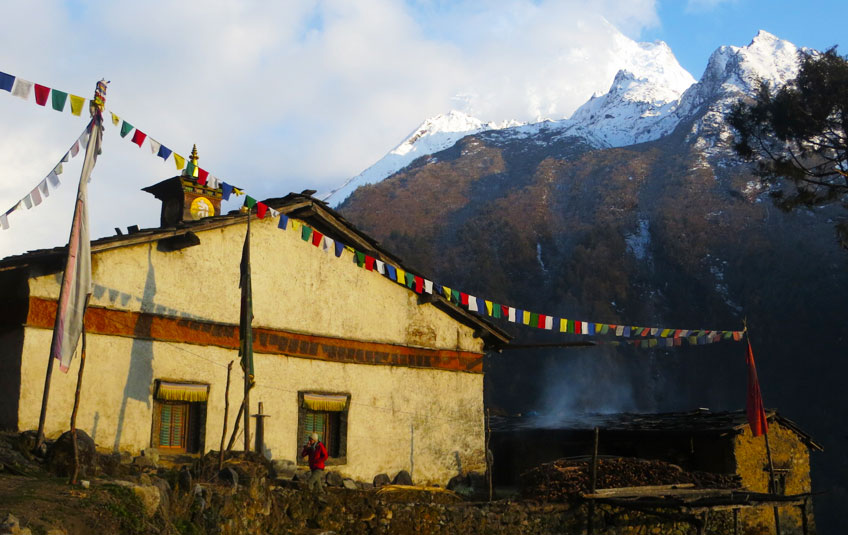 Ganesh Himal Trekking is one of the least explored trekking trails of Nepal although conveniently close to the Kathmandu and Pokhara valley. Lying between the two popular trekking routes Langtang Trekking and Manaslu Circuit Trekking. The trek is also known as Ruby Valley Trek. The trails on the trek to Ganesh Himal Region are naturally and culturally rich. You can observe the fauna, green panoramic hill, varying geographical landscape and biological diversity.

Ganesh Himal Range is the great Himalayan chain of Ganesh I, Ganesh II, Ganesh III and Ganesh IV standing out like sparking crystals in the skyline. This Eco Trekking route follows the trekking trails through colorful rhododendron forests and the terraced hillsides.

How to Reach Ganesh Himal

For significant number of days Ganesh Himal Trek tread on Manaslu Circuit Trail and for couple of days it chases the trails of Hidden Tsum Valley. However, the final couple of days or more the trek enters the complete wilderness via Lungdang Monastery, the largest monastery in the region to the Base Camp of Ganesh Himal. Walking through a remote Himalayan traditional villages savoring the awesome views of mountains like Ganesh, Mt. Manaslu and surrounding peaks. The trek to Ganesh Himal has all potentiality of making your trekking adventure the best one.

Since the trails to Ganesh Himal has no sufficient tea-houses or home-stays like the trails of other trekking regions. Sometimes, the trekkers should be prepared to satisfy with the basic arrangement guides could make. If you are planning to trek Ganesh Himal, you will be trekking on remote and wild trails, think of it.

During the Spring (March – May) and Autumn (September – November) season when the temperature is cool and the views are fascinating. It is appropriate to trek Ganesh Himal.