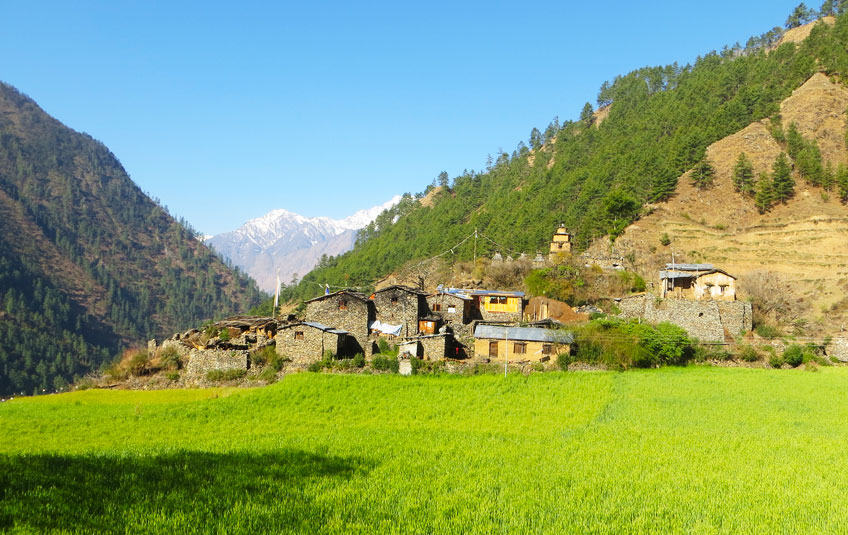 Explore the hidden gems of Manaslu region also known as “Tsum Valley Trekking” that match the 1950th lifestyle Tibetan culture. And, Shamanism believes by local nearby Tibetan border into the Manaslu Conservation Area.

The Tsum Valley is least explored trekking destination in the Manaslu trek route is a cultural gem. Where no trekkers before 2008.  A beautiful valley ringed by the Himalayan giants. Tsum is dotted with sacred highland monasteries.

Highlights of Tsum Valley are:

How to Trek Tsum Valley

The trek to Tsum Valley begins from Kathmandu to Arughat same as the Manaslu Circuit Trek. The way to Tsum area trek traverses through the Manaslu Circuit at Philim towards the Lower Tsum. Since Tsum Valley Trekking is based on Home-stay family lodes trek. Still, this region at times asks to be content with basic arrangements of food and lodges unlike other trekking regions of Nepal. This moderately adventurous trek in Nepal highlights the two biggest monasteries in the region. Mu Gompa and Rachen Gompa, which are the schools for young monks and nuns.

The remote land of Tsum valley is also an integral pilgrimage route. Because it is believed that the great Buddhist Guru Milarepa had meditated once on the mountain caves of this valley. Ganesh Himal base camp and Lungden Gompa are the another top notch of Tsum valley trek that is highest point of Tsum Valley hike. The trails of Tsum Valley are one of the best sections of the Great Himalayan Trail of Nepal, which runs at the foothills of the Himalayas from east to west.

Overall, Tsum Valley has wonderful aspects of nature and culture. The trekking caters to the exceptional beauty of alpine nature and rhododendron forests. The views of Manaslu and Ganesh Himalayan Ranges throughout the trails energize trekkers to walk further. Similarly, the cultural aspects of this valley are so authentic that trekkers shed tears on seeing the lifestyle of the people living in the region, which is so close to nomad-ism.