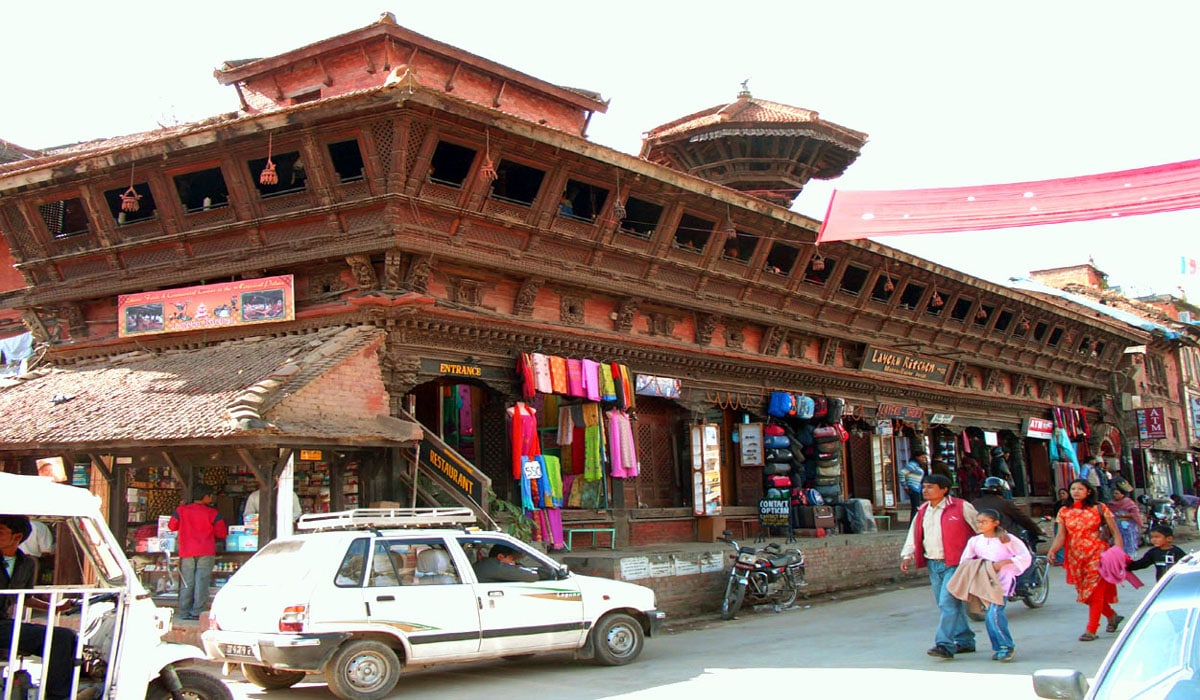 Nepal is a small country but when it comes to Tourism, the world in itself, Why? No doubt, Nepal has 8 of the world’s 14 highest mountain peaks including Mount Everest, 10 UNESCO listed Cultural and Natural World Heritage Sites, the land of Brave Gurkhas, and the birthplace of Lord Gautam Buddha – The Light of Asia. If you are planning to visit Nepal in 2022 and bewildered where to go? No worries, we have listed here the top 10 best value tourist destinations that are ranked and rated by the visitors.

Pokhara is the second-largest city in Nepal after Kathmandu and as the tourist point of view, the most popular place in the world as most of the trekking trails to Annapurna Region starts from here. Because of the outdoor activities, the city is known as the adventure city as there are best places for Hiking, Trekking, Paragliding, Rafting, Bungee Jumping, and Sky Diving within and around the city.

Lumbini is the famous sacred place for both Hindus and Buddhist pilgrims as the birthplace of Lord Gautam Buddha – The Light of Asia. There are many places to visit in Lumbini as Ashokan Pillar, Buddhist Temples, The Japan Peace Stupa, The Lumbini Museum, and The Lumbini International Research Institute (LIRI). You will find from budget to deluxe hotels for night stay in and around Lumbini and day sightseeing around the holy places is popular here.

Nagarkot is the hilltop site for amazing sunrise and sunset views over the Himalayas including Mount Everest and well known other peaks. Located just 32km away from the capital city Kathmandu, Nepal in Bhaktapur District, Nagarkot offers the best mountain views, luxury stay, and sightseeing tours. It is one of the most popular travel destinations for international and domestic tourists.

Bandipur is a hilltop beautiful village located in Tanahun District of Nepal. Bandipur is getting popular for the village and cultural tourism. Bandipur is a living museum of Newari culture, a beautifully preserved village crowning a lofty ridge above the highway stop of Dumre. Its winding lanes are lined with traditional Newari houses. Time seems to have stood still here, although it has taken a lot of effort to preserve the magic while developing the town as a destination. Despite its proximity to the epicenter of the 2015 earthquake, Bandipur escaped with only minor damage, though a number of village houses collapsed.

Namche Bazaar is the main attraction of the Khumbu region trek located at 3440m high from sea level. Highly populated by indigenous Sherpa people, Namche Bazaar is the tourism business area, especially for altitude acclimatization. Besides a good number of hotels, restaurants, and equipment stores, one can even find a proper pub and cyber cafe. It is good to halt here for a couple of days to acclimatize by walking in and around Namche as acclimatization cannot be done in a hurry. A visit to Syangboche or some Sherpa villages such as Thame, Khumjung and Khunde just a few hours walks from Namche are good options for whiling away your time here.

After the Everest Base Camp Trekking, Annapurna Circuit trek is the most popular and one of the best treks in the world. The trek passes through the banks of rivers, valley, beautiful landscapes, across gorges and through the Himalayan sacred sites. Annapurna Circuit Trek provides an opportunity to the trekkers to view the Annapurna, Dhaulagiri and Manaslu Ranges. From September to December and March to May are the best months for trekking to Annapurna Circuit. Manang, Thorong La Pass, Jomsom, Muktinath, and Ghorepani Poon Hill are the main attractions of the trek.

Located north to the Kathmandu Valley, Gosainkunda is the popular travel and trekking destination for international and domestic tourists. Gosainkunda is a Himalayan glacier lake popular for pilgrimage tours as Hindu pilgrims visit during the August full moon festival for they believe the lakes were created by the god Mahadev (Shiva) and getting a bath in the lake will be holy for soul and body. During the adventure journey to Gosainkunda, you will encounter the stunning views of Ganesh Himal, Manaslu, Annapurna massif, and Mt. Langtang Lirung. This is the sacred site for Hindus as well as Buddhists too.

Janakpur is the Hindu holy site as it is popular for Janaki Temple and Ram Sita Temple. The birthplace of Goddess Sita, Janakpur is the largest temples in Nepal where God Ram and Goddess Sita got married. It is the biggest temple in Nepal, was built in 1898. Janakpur is also on the holy route of Parikrama (holy circle) carried out by Hindus as a form of worship in Ayodhya, Kashi, and Brij in India as well. 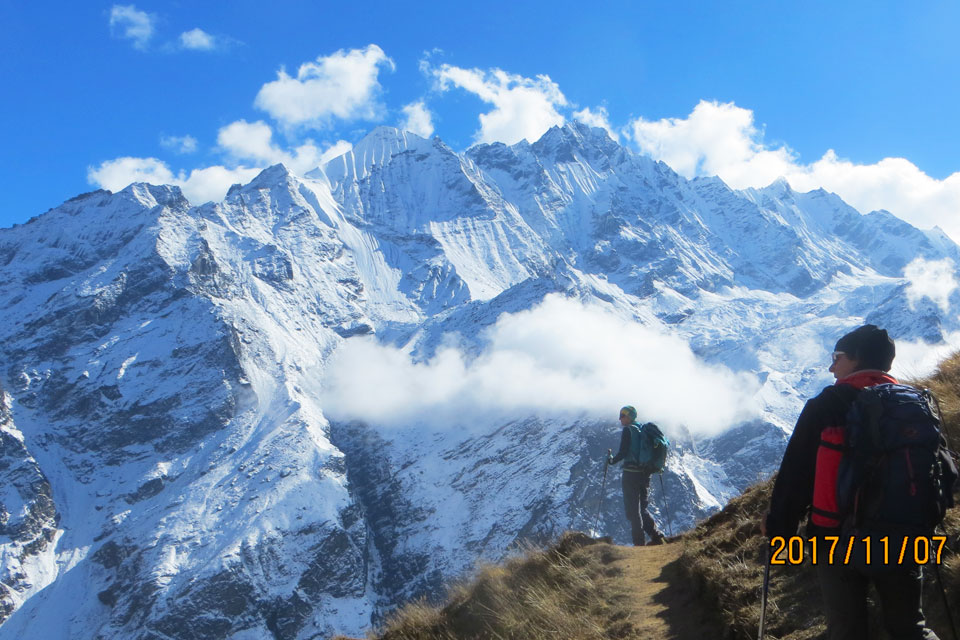 Langtang Himal trekking leads you to the closet Himalayan range from the capital Kathmandu at a mere distance of approx: 32 k.m straight north direction as the crow fly, which forms a barrier between Nepal and Tibet.

The thick forest includes species of bamboos which makes an excellent habitat of rare and elusive endangered Red Panda, which looks more like a raccoon sometime spotted on walks around Langtang Himal Trekking.

Besides Red Panda other wild-life and different species of birds can be seen as per season wise, the spring time is vivid around hills and valley, when wild-flowers are in blooming times specially rhododendron flowers from its tall trees to bushes known as azalea, with other pretty flowers from ground to tree lines.

Truly a magical spot to be in the months of March to May when flowers are in season with great contrast of green hills to white snow-capped peaks, turning the whole areas into magical paradise.

Langtang Himal Trekking offers interested travelers with varied destinations from short walks of a week to two weeks or more depending upon your time and holiday duration in Nepal, where walks are of various grade moderate-adventurous to challenging.

The most popular walks of a week time is to Kyanjin within beautiful Langtang valley enclosed by series of high snow capped mountains, where Kyanjin a temporary settlement provides good accommodation in nice and cozy lodge for travelers, with rooms facing views of mountains and scenic landscapes.

Kyanjin located at the height of 3,749 m / 12,371 ft high, within magnificent Langtang valley earlier days known as Kyanjin Gompa (monastery), the Gompa is no longer exists it was an old small shrine or a chapel rather a monastery, stood near Langtang Lirung peak glacier, due to time withered the little monastery with movement of glaciers, avalanches and heavy snow.

Around Langtang Himal Trekking, where you will have ample to explore its small cheese processing factory, which was built in mid 1980’s with the help of Swiss Technical Assistance as the area abundant of Yaks and other domestic animals producing much milks for the cheese.

After a great time around Langtang Himal return journey with various route to choose either walks to Upper or Thulo Syabru to reach Dhunche or walk straight to Syabrubesi village on the road-head where drive takes you back at Kathmandu.

Before and After Earthquakes:

Langtang Himal area around Rasuwa district and other Nepal Mid-West and Mid-East was badly shaken by huge earthquakes of April 25th and May 12th 2015 of 7.8 Rector Scale destroyed much of its villages and trails, where more than 8,000 people lost their life in whole Nepal area hit by earthquakes.

If you are interested rebuilding the home of the poor affected people and with your kind support, more efficiently and effectively than Nepal Government, we welcome you with wide open arms.

After three years of destruction from the massive earthquakes, the area around Langtang Himal and other parts of Nepal are slowly returning back to normal life, building and repairing trails as well constructing new houses and schools.

At present Langtang Himal trekking areas once opened for trekkers and other visitors where you can witness the traces and remains of earthquake shattered areas.

We at Nepal Footprint strongly supported earthquakes victims saving life and helping to bring the villages on route to its original shape with charity funds and as volunteering in building houses and road-works.

Nepal Footprint encourage world-wide travelers to visit and promote Langtang Himal areas and its remote isolated villages, we highly appreciates your interest with help and support rebuilding and as well cooperating with us to make this beautiful country back into normal shape with smiles in villagers face.

Although much of the work rebuilding the houses around main villages near complete, but still lacks some support and help in local schools and remote areas around Langtang Himal.

The right season for the long run during the month of April and May, when days are mostly fine with clear weather and mild temperatures around high hills of Langtang Himal area, during this time the sunlight hours are longer from early 5:30 a.m. to 6:30 p.m. which makes the run possible for slow runners to reach the end of the line.

The standard international marathon run is 42 k.m for Ultra Marathon more than 55 k.m with half marathon distance 21 k.m.

Running from Kyanjin at the height 3,749 m / 12,371 ft high will be a perfect spot starting from the beauty of high mountain views, and then running downhill with some ups to reach the required finishing stops either at Syabrubesi which is approx 38 k.m, but for specific right mileage required, where runners might have to some turn and crisscrossing from one area to another to complete the standard of 42 k.m.

Langtang Himal Trekking one of the most beautiful and scenic country in whole Himalaya, where adventure blends with local colorful culture of Tamang people, the tribe of Langtang Himal region, spread throughout Nepal, much concentrated within Nepal Mid-West around Langtang region.

The Tamang people interwoven with Tibetan Buddhism known as Mayana ‘The Greater Wheel’ of Buddhism sects, besides its beautiful views of mountains and soaking in local culture where walks leads you into serene and enchanting woodland within Langtang National Park.