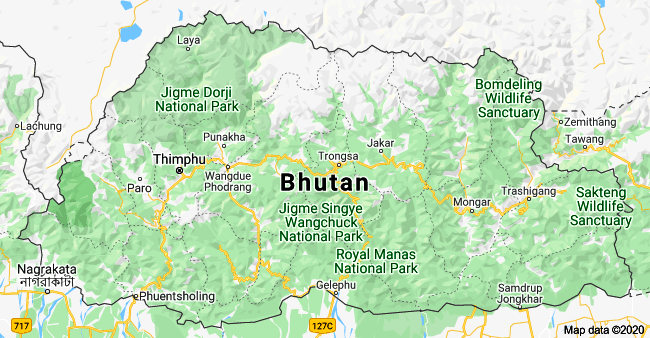 Bhutan located end of the Great Himalayas in South East Asia. It is the small Landlocked Buddhist Kingdom between the two huge countries China in North and south, east and west by India. The west Bhutan landscape was separated from Nepal by Sikkim. The geographical structure of the kingdom of Bhutan is from plains to Himalayan Range along the sub-alpine zone.

The kingdom covered only 46,500 km square and the population 793 thousand according to the last statics of 2013 AD. Buddhism is top religions and Hinduism is the second religion. The kingdom is a member of SAARC federation and Tourism is controlling by the government. There are only limited asses of tourism per year.