Every highlight of trekking in Nepal catered though the walking adventure doesn’t go high up to the base camps of mighty Himalayan peaks
Duration: 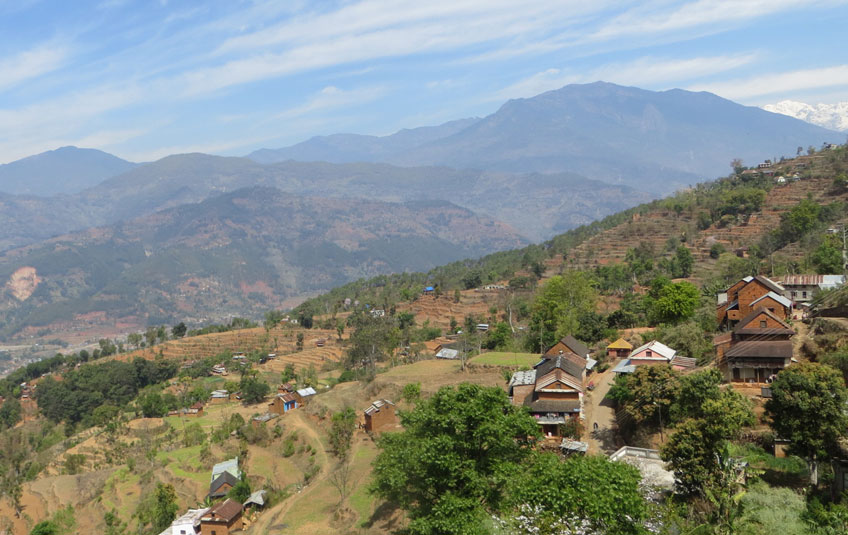 Kathmandu Trekking – Short and simple trek around the Kathmandu valley that goes by means of Shivapuri National Park lose timberland. Splendid perspective on the Himalayas, and unpleasant towns climbing involvement with Nepal’s mid-slopes.

In Kathmandu trekking, there is the number of short hiking routes that are famous for breathtaking views for Langtang mountain, Ganesh Himal, Mt. Manaslu range, and Gosainkunda lakes with Helambu valley and Snapshot view of Kathmandu etc. And where trekkers get to sight the colorful species of birds and diverse species of animals.

As the trek extends further, trekkers arrive at Chisapani, the famous stopover point during Langtang Region Trek. As well as the destination itself know for catering exceptional sunrise view in the widespread Himalayas. The walking adventure continues to the hilltop of Kakani and Nagarkot. Which is the most frequented hilltop around Kathmandu. Nagarkot offers the most delightful Panorama of Himalayan Range that stretches from Annapurna to Everest with Langtang, Manaslu and Ganesh Himalayan Ranges in between. Additionally, Nagarkot and Kakani also cater to incredible sunset and sunrise views.

The Best short Hike in Kathmandu

The Kathmandu trekking is especially for those trekkers, who want to experience the soft walking adventure on the mid-hills of Nepal. The trek is however full of surprises as it caters adventure of jungle walking, the authenticity of rural culture, and the panorama of Himalayan giants. Guided by expert trekking guides, this trek is ideal for those trekkers having a shorter time to witness and experience a typical trekking day in Nepal. KTM valley trek can be done all over the year and by all trekkers’ even kids and seniors people.

Upon arrival in Kathmandu Airport, you will be welcomed and greeted by our airport representative and transferred to your respective hotel.Tourist standard hotel with B/B plan. At hotel meet with our tour leader and he will brief about the trip and plan.

2 Guided sightseeing in Kathmandu city and drive to Kakani

Guided sightseeing in Kathmandu city  and drive to Kakani for Sunset Himalayan view. Guest House on Kakani.
In morning, after the breakfast, your guided sightseeing in Kathmandu City starts at 9:30 am. We visit Bouddanath Stupa, the biggest buddhist Stupa in the world, where you will have opportunity to observe the buddhist monks praying and their cultural activities. After Bouddanath Stupa sightseeing, we visit the Pashupati Temple, a Cultural World Heritage Site and Hindu Pilgrimage Site situated at the bank of holy Bagmati River. It is the most important heritage site in Kathmandu City because of the Holy Mens, the old heritage, culturally significance and the dead people are burned at the bank of Bagmati River. After the Pashupatinath Sightseeing, take your launch and after the launch we will visit Kathmandu Durbar Square, the historical and World Cultural Heritage Site situated at the heart of the Kathmandu City. Kathmandu Durbar Square is famous for Kumari Temple, biggest Kal Bhairav Statue, Taleju temple and Hanumandhoka Museum.

After the sightseeing of Kathmandu Durbar Square, drive to kakani for amazing sunset view over the majestic Himalayan Ranges. Overnight at Kakani.

3 Trekking into the Shivapuri National Park to Dada Goan

Trekking into the Shivapuri National Park to Dada Goan before the Budhanilkantha Temple – A nature walk with mountain view and Kathmandu valley. Lodge on Dada Goan.

4 Trek to Mulkharka via Nagi Gompa.

Trek down to Budhanilkhantha, Visit the largest stone sleeping vishnu temple and trek to Mulkharka via Nagi Gompa the nunnery monastery. Walk along the Eco-forest with jungle wildlife, birds watch. Local guest house.

Trek to Chisapani via Borlang Bhangyang 2600m. Chisapani Exploration visit Gompa, cheese Factory and Leisure. Local lodge. This day you will walk about 3 to 4 hour uphill vial Tamang villages and insight the shivapuri forest, the iconic view of kathmandu city before the pass. The pass borlang bhangyang is 2600m, after the pass you will see the Great Himalayan range Mt. Manaslu, Ganesh himal, Langtang helambu and wide villages valley. Short down hike to Chisapani where you will have hot lunch. After lunch visit small monastery and cheese factory and sunset view from guest house.

7 Early morning Himalayan Sunrise view and trek down to Changunarayan. 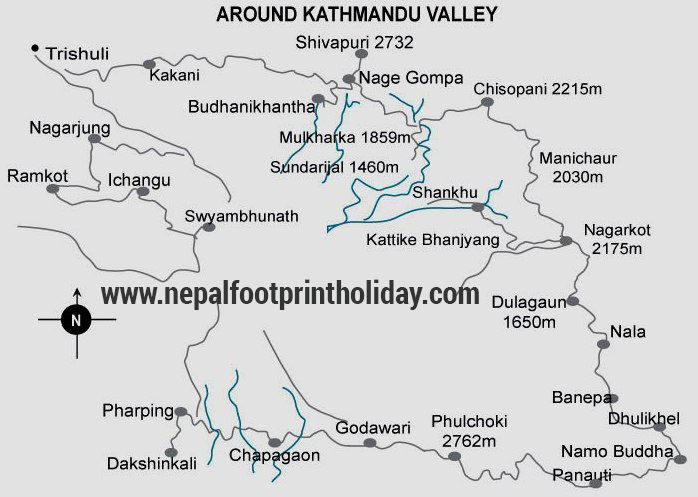 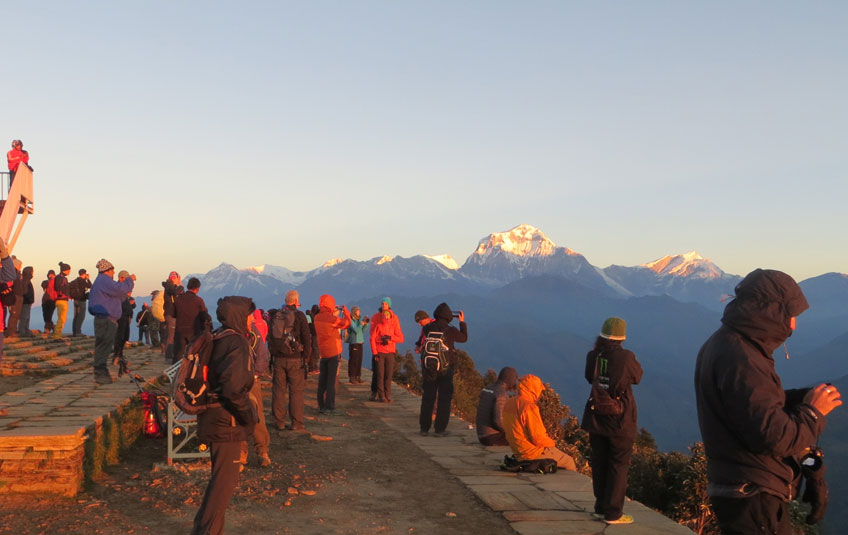 Poon Hill trek is one of the scenic, and considered to be short trekking in Nepal’s Annapurna Sanctuary. Poon Hill is best for the greater Himalayas Sunrise view. The Poon hill trek gives you access of Nepal’s classic mountain foothill and views of Mt. Annapurna range, Mt. Dhaulagiri range, and the Mt. Manaslu range including […] 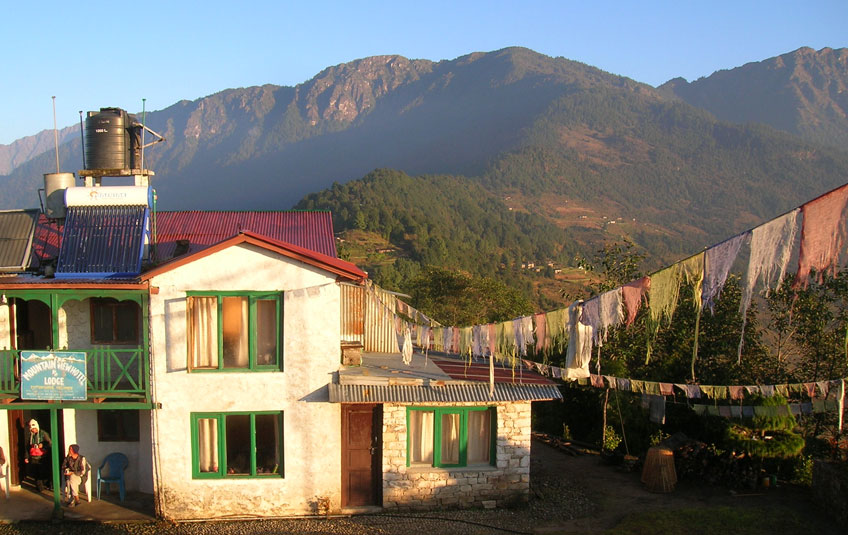 Helambu Trekking – Short and easy treks in Nepal that offer vibrant Hylmo cultural, pilgrimage and mid-hill hiking experience of Ama Yangri Peak that follows ancient Buddhist philosophy. The Helambu trek is a great way to peep into the typical rural culture of Nepal and savor the magnificence of the Tibetan – Hylmo Buddhism gallery. […] 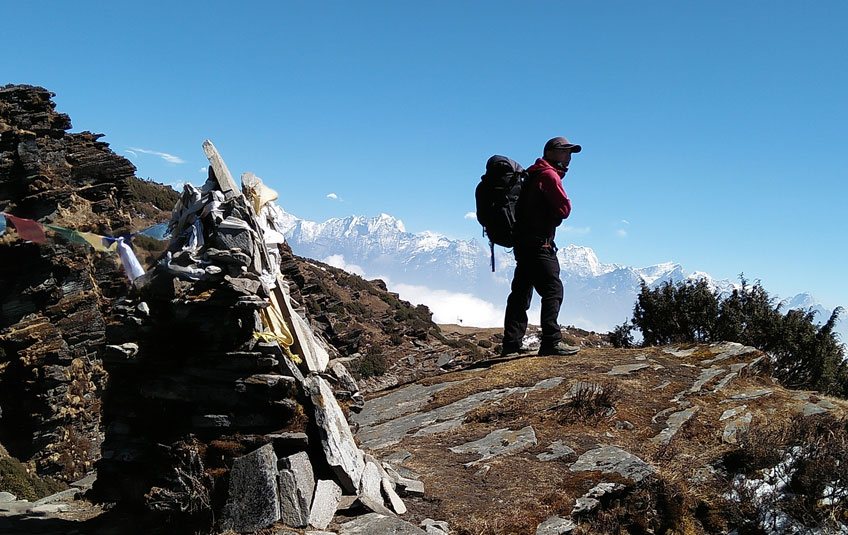 Pikey Peak Trek – 7 days short, easy and unexplored trek with the best panoramic view of Mt. Everest from the hilly mountain of Khumbu region. Pikey peak is a seasonal snowy hill where local Sherpa people go for short hiking trips and to hang the prayer flag on the top. The Pikey named from […]