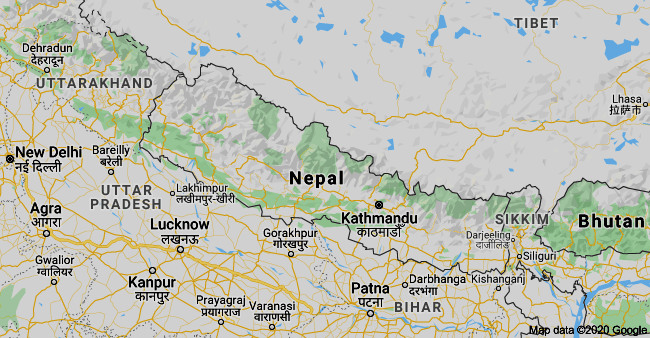 Small and landlocked, Nepal is encircled by the Himalayas and situated in South Asia between China, Tibet, and India.

Nepal is located between the longitudinal axis of 800 4′ and 88 0 12′ East and the latitude range of 26 0 22′ to 30 0 27′ North (Geo location). The Himalayan nation of Nepal has a 2,280 km stretch of the Himalayas from East Mount Kanchenjunga to West Limpiyadhura Kuti and Kalapani, including Lipulake Pass in the west, which has lately been acknowledged as a place and part of its territory (Latest updated in 2020). Consequently, this lovely landlocked nation is also known as the wonderful Himalayan Nation. The height of Nepal rises from 70 meters in Kechana Kawal, the lowest point in the country, to 8,848 meters at the top of Mt. Everest, the highest point in the globe.

Nepal is home to more than a hundred distinct ethnic communities, more than 800 different bird species, and a garden with over 8,000 different varieties of flora and wildlife. Both Gautama Buddha and Goddess Sita were born in Nepal (Wife of Goddess Ram). Pashupatinath, the largest Hindu temple, is also there. The largest and busiest center for mountaineering and trekking in the Trans-Himalayan region. One of the longest stretches of the Himalayas, known as the Great Himalayan Trail, runs through Nepal and borders Tibet, an autonomous region of China.

The most recent political map shows that Nepal has grown significantly, covering 1,47,515 km. lands on the planet.