Explore the cultural delights of Kathmandu valley, which were built during the ancient art war between the kings of then petty kingdoms
Duration: 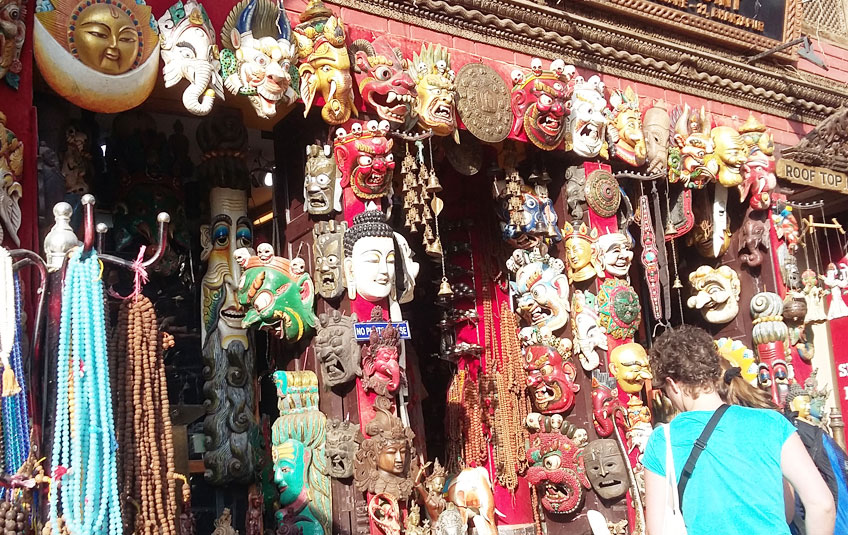 Kathmandu valley, the cultural hub of Nepal is also the center of major festival celebration in Nepal. Comprising three equally fascinating cities; Kathmandu, Patan and Bhaktapur this Heritage Valley in Nepal once went through intense art war between the petty kingdoms of ancient Nepal. Hence, the incredibly unique artistic works carved in woods and different kinds of metals can be seen in every corner of the valley.

The latter half of the sightseeing tour in Kathmandu Valley takes us to the two unique towns having equally fascinating durbar squares. The cluster of pagoda style temples, wide courtyards and excellence of artistic works in wood and metals would definitely surprise any traveler at both- Patan durbar square and Bhaktapur durbar square. Moreover, walking through the cobbled maze streets of these ancient towns is a walk of a lifetime through the most colorful and vibrant streets of Kathmandu.

Arrival in: Kathmandu | Departure from: Kathmandu

Arrive airport and warm welcoming by our representative then short drive to hotel, transfer. Depend on arrive time, If early day free time in hotel for refreshment, then short walk with guide on local places. Hotel B/B plan.

Swayambhunath Stupa:
Swayambhunath Stupa is an ancient religious and cultural complex perched atop a hill on the western edge of Kathmandu Valley. It is the ancient holy shrine consisting of Chaityas, temples, painted images of deities and religious places. It is also known as the Monkey Temple as there are large tribes of moving monkeys. On the Stupa there is a big pair of eyes on each of the 4 sides which represent wisdom and compassion. The name Swayambhu, mean Self-Created or Self-Existent and come from an old history from Swayambhu Purana. An important pilgrimage site for Hindus and Buddhists, swayambhunath Stupa is UNESCO World Heritage Sites.

Boudhanath Stupa:
Boudhanath Stupa is the largest stupa in the world the holiest Buddhist temple. It is the most important place of pilgrimage and mediation for Tibetan Buddhists and popular touristic site. Thousands of pilgrims gather daily to make a ritual circumnavigation of the dome, beneath the watchful days of the Buddha. It is one of the oldest and the biggest Buddhist monuments ever built in Nepal standing on the massive three level mandala style platforms surrounded by the colorful houses.

Pashupatinath Temple:
Pashupatinath Temple Nepal’s most sacred Hindu shrine and UNESCO Cultural World Heritage Site, is located on the bank of the holy Bagmati River 5 kilometers north-east of the Kathmandu Valley. It is the popular religious sites around the Kathmandu Valley with its astonishing architectural beauty, stands as a symbol of faith, culture and tradition. It is the oldest Hindu temple in the Kathmandu and popular touristic areas as the tourist from all over the world visit this temple all the year. Pashupatinath is popular for two major parts one is Shiva Ling and other is Holy Bagmati River where the dead people are burnt after some ritual activities.

Bhaktapur city:
Bhaktapur also known as Bhadgaon or Khwopa, is the ancient city in the east corner of the Kathmandu City, about 20 km east of Kathmandu. Listed on World Heritage Site, Bhaktapur is the preserved city for its rich culture, temples, wood, metal and stone artworks. It is the most popular touristic area with the 55 windows palace, golden gate, lion’s gate, mini pashupati temple, vatsala temple, nyatapola temple and bhairava nath temple as the major attractions to visit. The city is named as City of Culture, Living Heritage and Nepal’s Cultural Gem. It is the cultural city and renowned for its elegant art, fabulous culture, colorful festivals, traditional dances and indigenous lifestyle of Newari community.

Patan City:
Located about 5 km south of Kathmandu in Kathmandu Valley, Patan is one of the three cities in the Kathmandu Valley. The city of old tradition, arts and handicrafts, is the most popular sightseeing destination around the Kathmandu. Also known as Lalitpur city, Krishna Temple, Mahaboudha, Kumbheswor, Jagat Narayan Temple, Hiranya Varna Mahavihar and the Ashokan stupas are the main attractions to visit within the city.

Morning breakfast in hotel and free time and depart to Airport 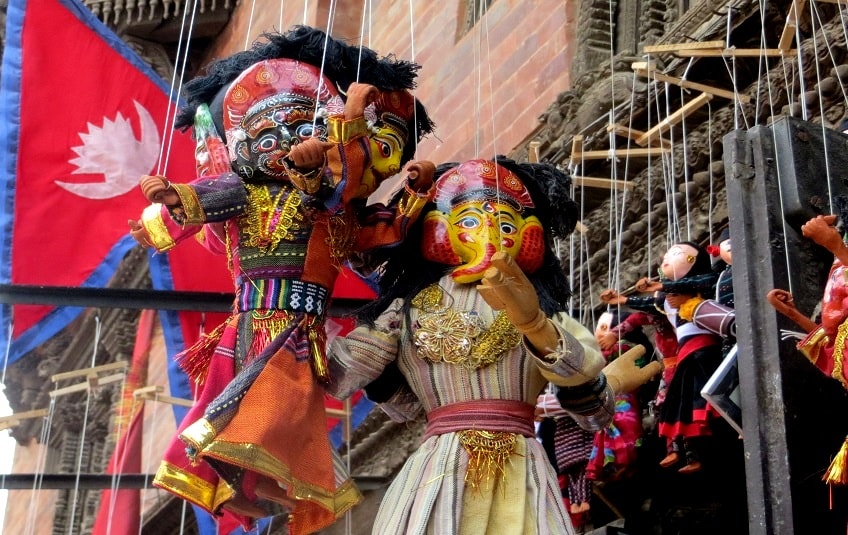 Exploring Nepal Tour is the overall tour package in Nepal which is one of best selling trip. It caters visit and exploration of UNESCO Heritage Sites of Kathmandu Valley. The scenic mountain flight to the land of soaring Himalayas, and the visit to the most popular hilltop around the Himalayas.  And it show you beautiful sunrise […] 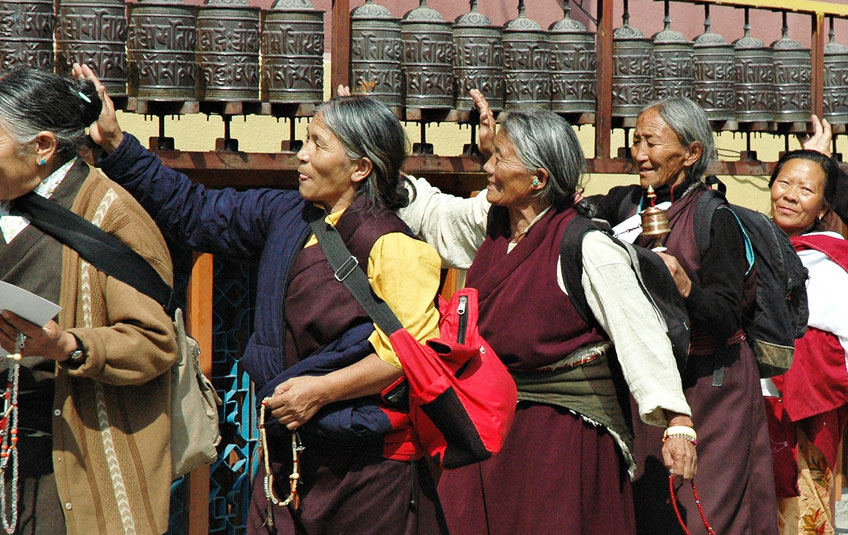 Buddhist Tour in Nepal begins with the exploration of the most significant Buddhist related sites of Kathmandu Valley. Buddhism is not a religion in Nepal; it is rather a philosophy. The signs of Buddhism and the followers of Buddhism are scattered almost throughout Nepal. Boudhnath and Swayambhunath are the major Buddhist attractions for any tourists or […] 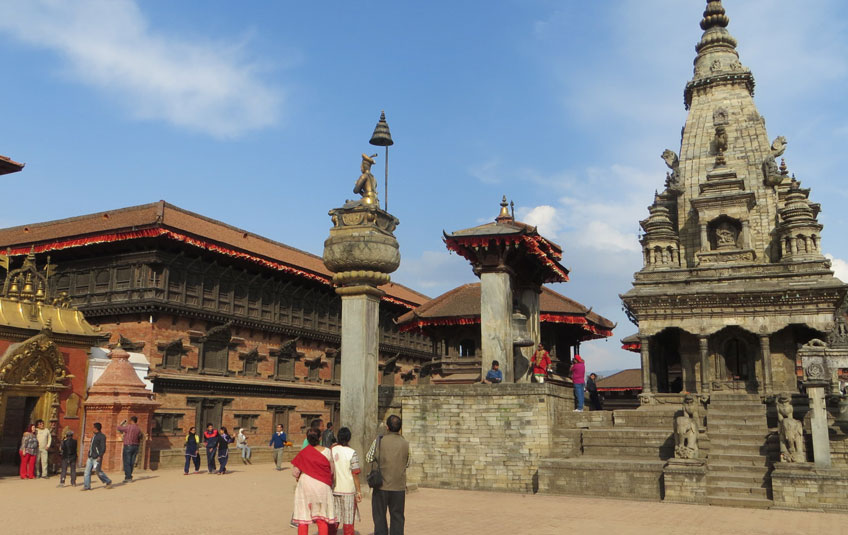 Kathmandu valley is comprised of three medieval towns forming a triangle. Kathmandu, Bhaktapur and Patan with the plenty of ancient and medieval heritage sites are the cultural hub of Nepal despite of being modern and cosmopolitan towns. Known as city of Temple the Valley itself is the Heritage Valley housing seven UNESCO World Heritage Sites. […]