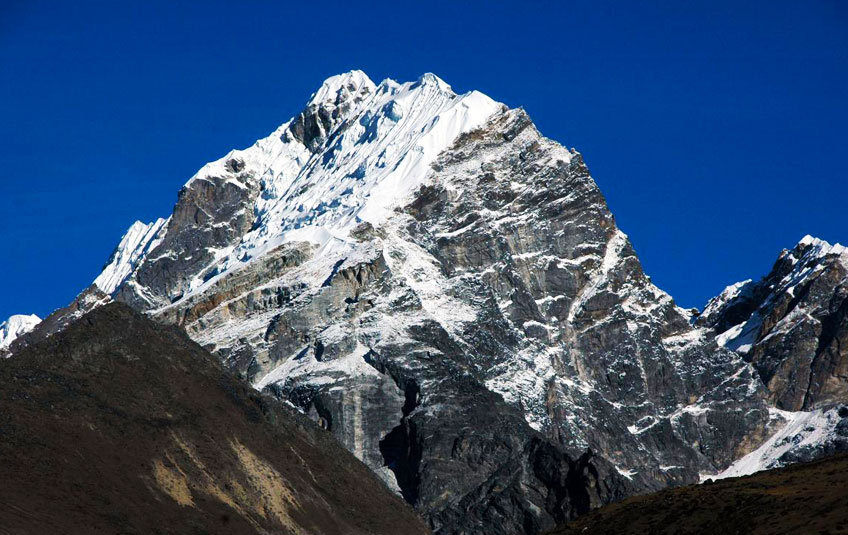 One of a sharp peak to climb, standing on the corner of Everest Base Camp trek and Chola pass hold the technical climbing routes of Nepal. Lobuche Peak 6,119m lies in very close proximity to Khumbu Glacier. It looms above the village named Lobuche caters to one of the best views of Mt. Everest. Climbing Peak asks for the sheer vertical snowy climb and ice skills. Climbing this peak almost treads along the entire trails of famous Everest Base Camp Trek.

Main Features of Lobuche Peak are:

How to Trek Lobuche Peak

An adventurous mission to the summit of Lobuche Peak begins with Lukla, followed by a short and thrilling flight to one of Nepal’s high-altitude runways in Lukla. Following the famous Everest Base Camp trek, we trek along the Dhudh Kosi River valley. The Dhudh Kosi River Valley frequently appears in small Sherpa settlements for a break. After a few days of trekking, you’ll arrive at Namche, the vibrant Sherpa capital, Khumbu. After resting in Namche to get used to the highlands, our adventure continues towards our destination.

Find your suitable departure dates to climb the most admired peaks in Khumbu. We have +20 fixed departure trips which support by local climbing Sherpa, full climbing equipment and base camp logistic and camping support.

We cross several traditional villages of Khumbu like Tengboche, Pyangboche, and Pheriche, and finally, arrive in Lobuche. Lobuche is the summer settlement of Sherpa people as well as the Base Camp located at 4,950m to summit Lobuche Peak. Hiking over a small lake of Tsho La Tso, which lies under the southwest face of Lobuche Peak at 5,000m altitude, we set up the High Camp above. We begin the technical part of climbing to the summit on a clear weather window morning. The final effort to the summit has the hurdles like steep rocky climb, which also demands maximum ice skills.

Stunning views of the towering Himalayan peaks of the Khumbu region, such as Cholatse, Ama Dablam, Pumori, Kumbu Himal, Mt. Everest and Tawache, stand out from the top of Lobuche.

Spring and Autumn season is best time to climb mountains in Nepal. In this season, the snow level is getting lower and comparatively the weather seems to be stable. The Autumn Season is the best season for visiting Lobuche Peak. The weather and temperature are the best at this time of the year. It’s neither too hot nor too cold. In addition, the sky is clear and offers spectacular views of the surroundings. Spring Season is one of the swarmed seasons of the year. The ways are filled with travelers from all around the world. Usually the season when the excellence of nature is at its best. However, people climbing this Lobuche Peak all season off the year due to the low season cost for peak climbing permit.

3 Fly to Lukla, trek to Phakding.

Early Morning flight to Lukla trek to Phakding lodge with full board meal.

A Rest day in Namche for acclimatize explore around and short hiking to Everest view hotel syangboche back Namche village, lodge with meal.

8 Trekking to Pobuche lodge with meal.

9 Trek to Everest Base Camp and back to Gorekshep lodge with meal.

10 Trekking to Lobuche East Base Camp and camping with food.

13 Make Lobuche East Summit and Back to Lobuche Peak Base Camp, camping tent sleep and food.

14 Trekking down to Tengboche monastery and lodge stay.

15 Trekking to Gorshalle village via Namche village lodge with meal.

Trekking to Lukla and get ready to Kathmandu flight lodge and meal.

Free day in Kathmandu drive to TIA for flight. 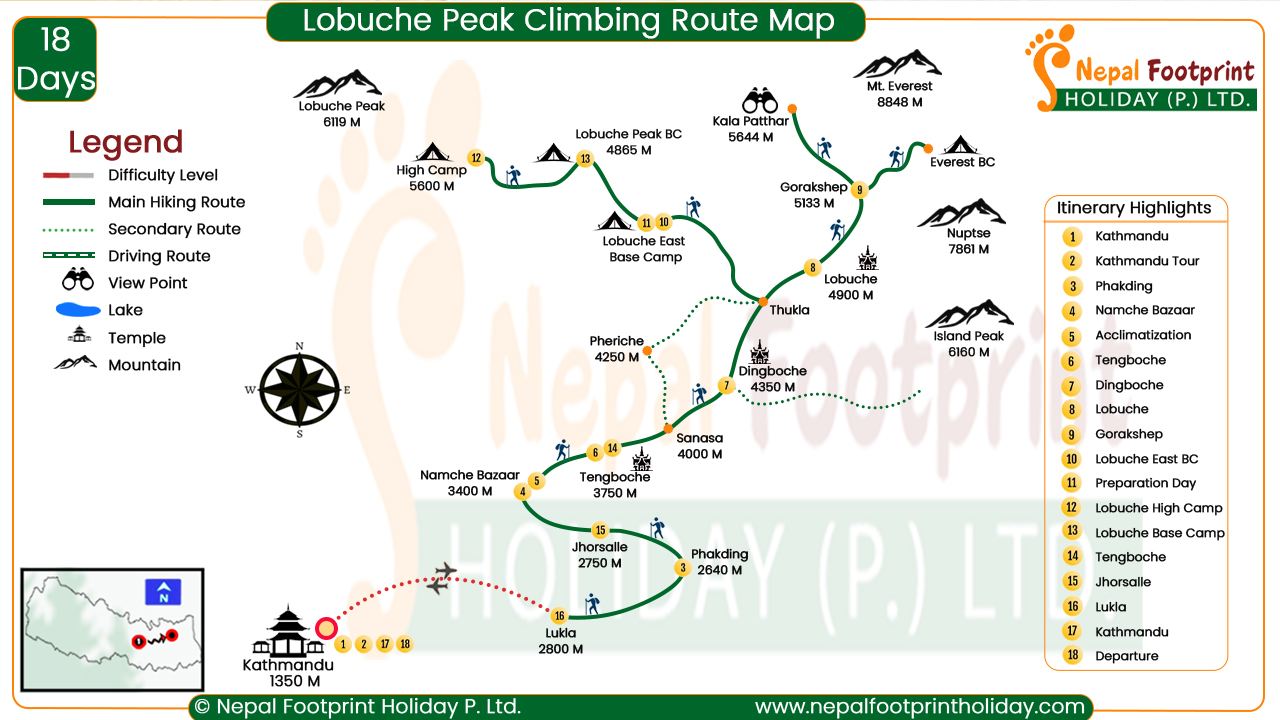 Island peak is the 6,189m high mountain top in Nepal’s Everest region likewise called Imja Tse. Probably the peak is beautiful island of snow in the Everest Region. On a wonderful adventurous trek to Island Peak summit. You cross the threshold into the heartland of the Khumbu Valley and reach to Mt. Everest Base Camp […] 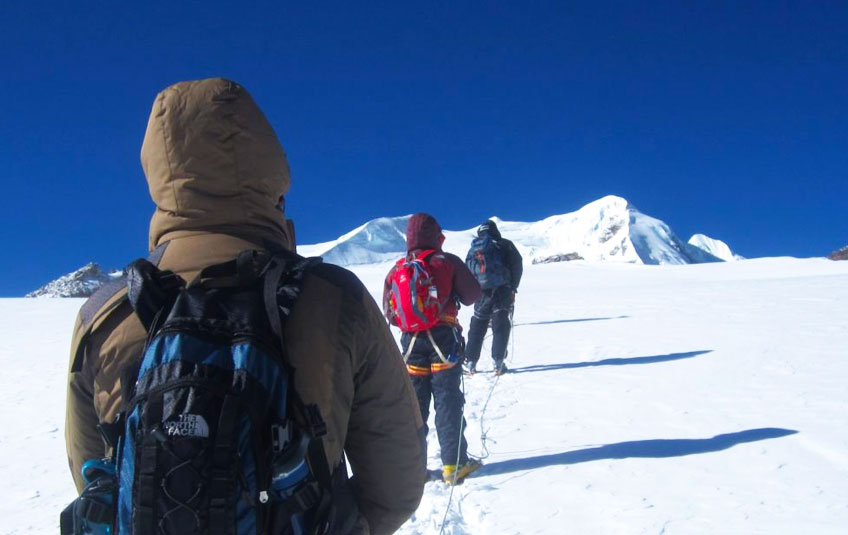 Mera Peak Climbing (6,476m) – the highest trekking peak in Nepal has been the goal of aspiring high altitude climber is of low risk since it was first climbed in 1953. Mera peak is a non-technical snowy peak to climb summit but still caters to so much thrilling fun while conquering it. Located in the […] 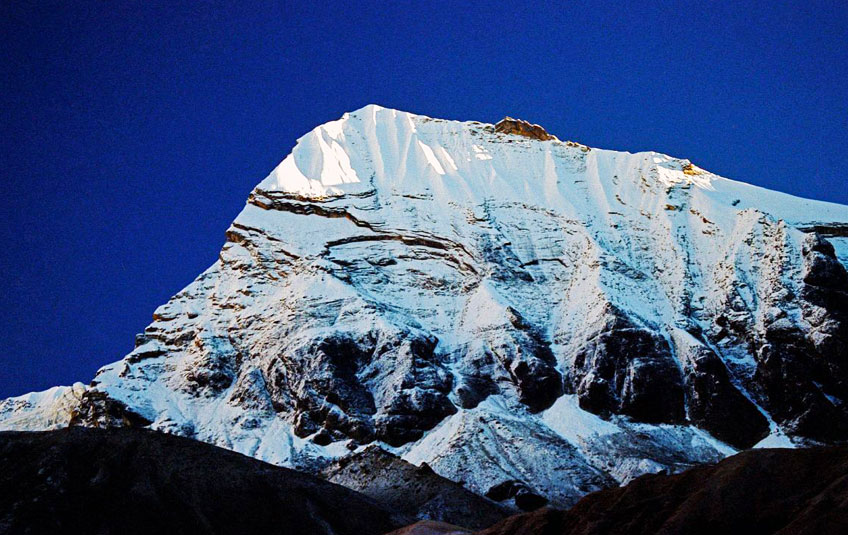 Tent Peak Climbing aka Tharpu Chuli (5,663m) is one of the popular trekking peaks in the Himalayan Range of Annapurna. One of the most frequently climbed peaks of Nepal is a beautiful climbing adventure in Nepal because it is an extension of the most famous moderate trek of Nepal, the Annapurna Base Camp Trek. Main […]