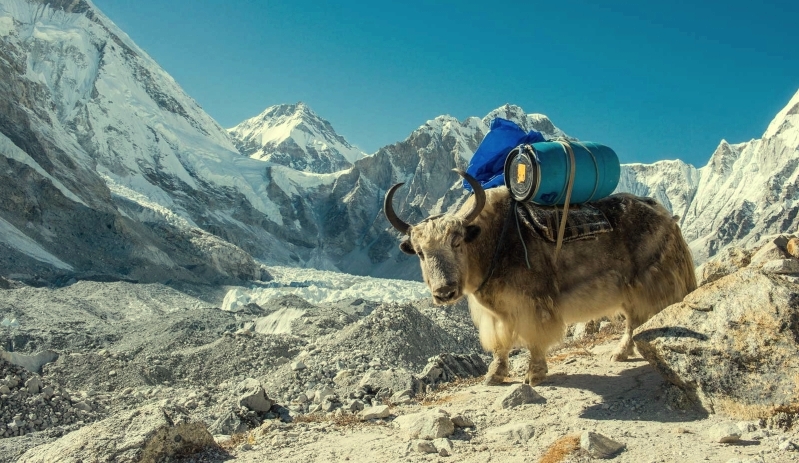 After many years of struggles of waste problem in the Mount Everest Area, finally local government, Khumbu Pasang Lhamu Rural Municipality in Solukhumbu has decided that starting January 1, 2020, it will impose a ban on the use of plastic bags, bottles and other plastic items, citing their adverse effects on human health, especially in the whole Mount Everest region around.

The rural municipality, passing its policies and programmes for the current fiscal year, decided that the use of plastic bags less than 30 microns will be prohibited in the Everest region, according to Ganesh Ghimire, chief administrative officer at the local authority.

With the new rule, even bottled drinks will be barred from the area. Now onwards, all the bottled beverages will have to be taken in cans only.

“Over the years, plastic has created havoc in a region that is fragile and home to the world’s tallest peaks,” Ghimire told the Post. “As the number of tourists visiting the area went up, the Everest region was flooded with plastics. The initiative is taken to rid the region of plastics.”

Once the rule comes into force, no one—locals or tourists—will be allowed to use and carry plastic bags and plastic bottles inside the rural municipality, according to Ghimire.

“We will only allow canned drinks because cans are not as hazardous for the environment like plastic. Locals can also recycle cans,” Ghimire said. “It was necessary to impose such a strict ban because the region was plastered with plastic and other items made of plastic.”

The Everest region has long been struggling to manage solid waste that visitors to the region bring along every year. Hundreds of mountaineers, Sherpas, guides and other high altitude porters en route to Everest leave behind tonnes of both biodegradable and non-biodegradable wastes that include empty oxygen canisters, bottles, ropes, kitchen waste, and faecal matter, polluting the area and the settlements downstream.

The government rule for every climber to bring back at least 8 kgs of garbage—the amount of trash estimated to be produced by one climber on average—has remained mostly ineffective.

Earlier this year, a 45-day ‘Everest Cleaning Campaign’, led by the rural municipality and supported by various governmental and non-governmental agencies, had brought down nearly 11,000 kgs of garbage from the world’s tallest peak. Plastic in various forms and sizes was the major item in the collected trash.

The campaign, which was one of the most ambitious clean-up projects on Everest, had cost over Rs25 million.

“Besides disturbing the local environment, we have to spend a huge amount of money clearing this trash every year,” said Ghimire.

As a replacement for plastic bags, the local authority will distribute five alternative bags free of cost to each resident in the rural municipality with approximately 2,000 households.

The local authority fears that with the opening of a road that connects Kharikhola in ward-1 of the rural municipality with Chaurikharka in ward-3 would exacerbate plastic pollution.

According to the rural municipality’s estimate, nearly 150,000 tourists use the route. The number is predicted to go up to 500,000 next year.

“More tourists on the route will mean more plastics in the region,” Ghimire said. “Before we face an unprecedented amount of plastic in future, this is the right time to prohibit plastics here.”