7 things should not do in Nepal 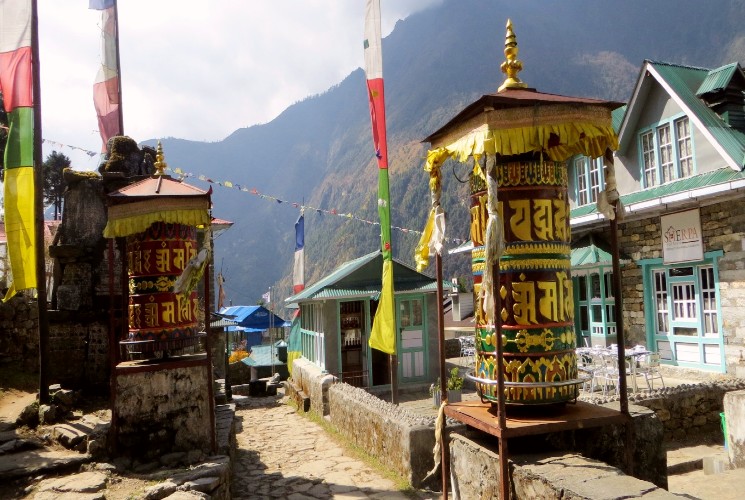 7 things you should not do while trekking in Nepal

Mountains of Nepal are popularly known as the kingdom of the Himalayas and the roof of the world. It has offered great natural scenery and refreshing air while you are tired of the trek. The Himalayas has been taken a big role in Nepalese lifestyle and global eyes, it has become Nepalese identity as well. Nepalese differing society and customs are other possibilities much love to investigate. Nepal is a lot of everything for a voyager. You can get little of everything in Nepal. Regardless, Nepal being a nation of culture and decorum, there are not many things you ought not to do while you are in Nepal. So to make it simpler for you, we have recorded the top 7 things you not do in Nepal or abstain from doing while trekking in Nepal.

Asking or saying hello is a former way to greets in the world. While you traveling in Nepal, also it is not a bad way to respect people by using Hello. Instate of that, Nepali people love to follow their tradition so, much better to use Namaste. When you use to say Namaste, Nepalese people always react and surprise, they respond to you even better way by a great smile. And many of Nepalese people who live in a remote area they well understand Namaste.

Children of Nepal are so petty. While you traveling around the Himalayas of Nepal, and the city, it is the best way to connect with kids to know some of the Nepalese phrases.  While talking to children, sometimes they may ask you for some money. Which are we not suggest for you? Because of money, children got a bad habit, misusing the money and becoming like a beggar and they always waiting for something when they see some tourists in the future. If you like to give or offer them money, a better way to connect by the family, school or they are relative.

Should not trek in Nepal without a guide.

As you know, Nepal is one of the king countries for Himalayas trekking. Here are many popular mountain trails. Some of the trekking routes are wild, narrow and mystic trails. People got to confuse about the trek route and got a big problem to get back the actual distance. Trekkers cannot get good information about Nepal Himalayan trails and their traditions. If you sick on the trail or accidentally got some problem, without a guide it would be a big problem and even life can be ended.

Avoid using foreign currency on the trekking in Nepal.

Nepal is a dependent Country; it has its currency called Nepalese Rupees. You can exchange the currency in the city, by the bank or withdraw by ATM’S which is easy. You can prepare your cash rupees how much you need it. The price of things in Nepal are pricing by Nepalese rupees. If you use to pay by foreign currency, you may lose some of the amounts by converting the currency locally. And, some it is confusing for the first-time traveler in Nepal.

Do not ware shoes while you entering the Nepalese Home or Religious places.

That is the most popular Nepalese tradition. Take off your shoes outside of the Home or kitchen room or side of the entering door of Temples and Monasteries.

Do not drink water directly from Taps, springs or River.

Do not wear too revealing dresses on trekking in Nepal.

Our Nepali community is still very simple and living genteelly follows by tradition. The western culture and fashion and revealing dresses are still not accepted everywhere in Nepal. While you visiting some places in Nepal, you may follow the dress restriction. Like up and down long sleeps.